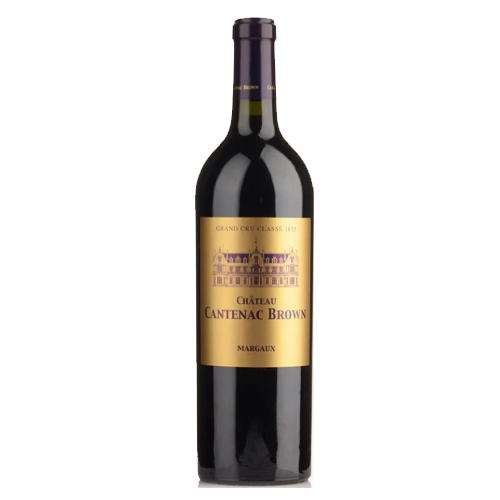 "The greatest Cantenac Brown I have ever tasted, this monumental effort possesses enormous concentration, with loads of black and blue fruits intermixed with damp earth and forest floor. I have never seen a Cantenac Brown so seamless, so powerful, yet at the same time, so elegant and densely complex. They have certainly done something here that has not been accomplished over the last three decades I have been tasting this estate’s wines. Opaque purple in color and full-bodied, this big-time sleeper of the vintage merits serious attention for the first time in my professional career. Kudos to the new ownership and team at Cantenac Brown. This wine should evolve over a 30-year period. (Tasted two times.)"

The Chateau for Cantenac Brown is unique in the Bordeaux wine appellation. It is perhaps the only Bordeaux chateau designed in the style of a traditional, Tudor mansion in the entire region!

At the start of the 19th century, the well-known Scottish, animal painter, John Lewis Brown purchased the estate. It was John Lewis Brown that drew up the plans and designed the chateau in the Tudor style. As was the tradition in the Medoc at the time, he renamed the property Chateau Cantenac Brown.

The 57 hectares Left Bank vineyard of Cantenac Brown is planted to 65% Cabernet Sauvignon, 30% Merlot, and 5% Cabernet Franc. With parcels located in different parts of the appellation, the terroir is gravel, sand, and limestone soils. Their closest neighbor, as their name suggests is Chateau Brane Cantenac which is just down the small paved road.