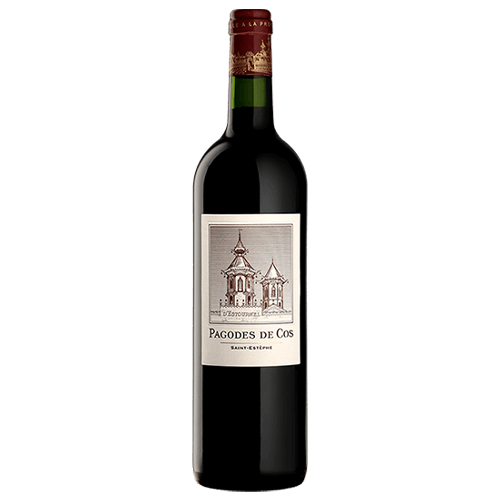 Chateau Cos d’Estournel, Saint Estèphe Second Growth, moved from good to better in 2000 when it was bought by the industrious Michel Reybier. With the help of previous owner, Jean-Guillaume Prats, they designed the most modern wine-making facilities in the entire Bordeaux appellation at the time. It’s a marvel from an architectural point of view, with its unique blend of simplicity and modern technology.

"Deceptively easy to drink, Les Pagodes de Cos 2015 is medium-bodied, silky, refined and fresh, with soft, polished tannins and finish replete with dusty cocoa and perfectly, ripe, sweet cherries. No decanting needed here. Just pop, pour and enjoy it. As a side note here, the wine has improved in score each time I have tasted it since it was in barrel.