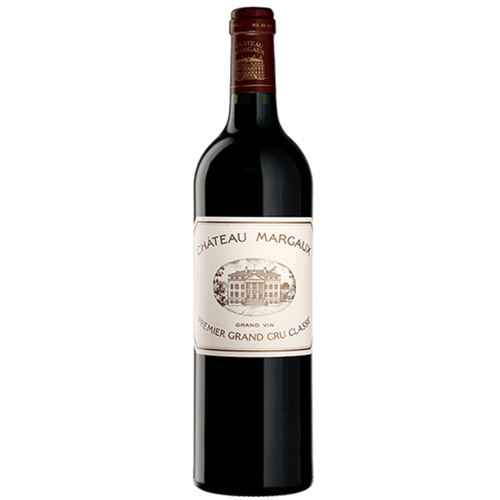 "The 2012 Château Margaux is showing much differently from bottle than it did from cask. Seemingly much fuller and richer, it has a dense ruby/purple color, representing a blend of 87% Cabernet Sauvignon and the rest mostly Merlot, as well as only 33% of their harvest. It possesses hints of spring flowers intermixed with blueberries, blackberries and cassis fruit, moderate tannin, a multi-dimensional mouthfeel, and a long, structured finish. This 2012 was charming, up-front and precociously styled from barrel, but in bottle it is more masculine, dense and rich. This wine needs a good 5-7 years of cellaring, and should keep well for 25 or more years. This is a great effort from Château Margaux, and should handsomely repay those who buy it. Anticipated maturity: 2023-2040."

Excerpts from the Wine Cellar Insider:

"The birth of what we know of as Chateau Margaux dates back to the 12th century, as a royal estate known under the name of “La Mothe de Margaux.

Successive owners, such as Pierre de Lestonnac, over a 10 year period, from 1572 to 1582, restructured the property and moved it from growing grain to producing wine. Then thanks to Auledes family, by 1680, the vineyards consisted of 75 hectares of vines, more or less the same as today 80 hectares.

Following the confiscation of the estate during the French revolution, in 1810, the new owner, the Marquis de la Colonilla hired the architect Louis Combes to build the chateau and cellars that are still used today at Chateau Margaux. The Louis Combes designed chateau is one of the rare examples of the neo-palladian style in France. Louis Combes genius was placing around the chateau all the necessary buildings to produce their wine and manage the estate, making the property functional and stunningly beautiful.

Financial struggle came at the end of 19th century with the phylloxera that plagued the vineyard for almost 2 decades.

The Ginestet family was forced to sell Chateau Margaux in 1977 to Andre Mentzelopoulos, due to mounting debts brought about in part by the plunging prices for Bordeaux wine in the 1970s.

Andre Mentzelopoulos died in December 1980 and his daughter, Corinne Mentzelopoulos took over running Chateau Margaux. She was assisted by the famous Bordeaux oenologist, Emile Peynaud and Philippe Barre the estate director. Renovations were undertaken to modernize the winemaking facilities and cellars which were completed in 1982.

2009 was a historic vintage for Chateau Margaux. That same year, they also added a gravity fed reception area and new vats. Margaux employs over 300 people to work the harvest. With the 2009 harvest, for the first time, the team at Chateau Margaux used 50 vats for 40 plots, allowing the chateau to vinify plot by plot and when needed. In fact, they even vinified within specific parcels, giving their wines much more precision. This was accomplished with the addition of 8 wood vats and 20 stainless steel vats.

In 2015, Chateau Margaux completed a massive renovation of their cellars. The project, headed by the Pritzker prize-winning architect Lord Norman Foster, was the first substantial modernization of the famous cellars of Chateau Margaux since the original cellars were constructed in 1810!

Organic farming is practiced at Chateau Margaux. In fact, 2017 was farmed using only organic methods. Experiments are also taking place with a small, 1-hectare parcel of Cabernet vines farmed with biodynamic farming techniques.

The style of wine produced by Chateau Margaux at its best, blends elegance, purity of fruit, harmony, and finesse. If wines were actors, perhaps it could be described as having the charm, style, finesse, and elegance of Cary Grant. This suave wine is not light. It is rich, full-bodied, and offers cassis, truffle, and haunting scents of violets. Truly, Chateau Margaux is one of the top Bordeaux wines."