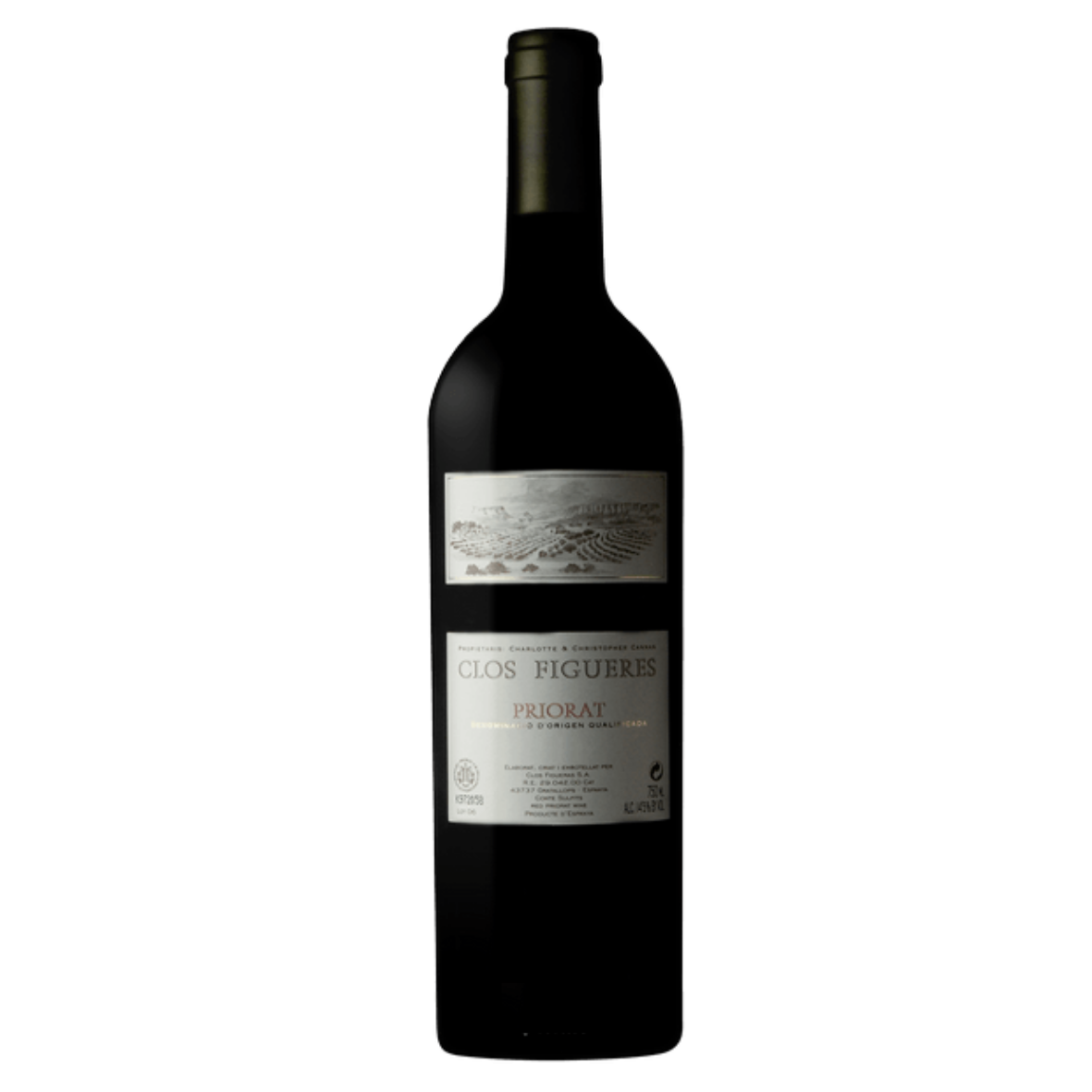 Blend of Garnacha, Carignan, and Syrah with aromas of black cherry, plum, cocoa, spice, and licorice. On the palate, it is loaded with fresh red and black fruits, intermixed with minerals and spices. Good balance of rich fruits and smooth tannins with a long finish.

The riper and warmer 2015 Clos Figueres fermented in new 500-liter French oak barrels and matured in French barriques for 14 to 16 months. It's powerful while keeping its poise and balance. A powerful red Priorat true to the vintage and Gratallops terroir.