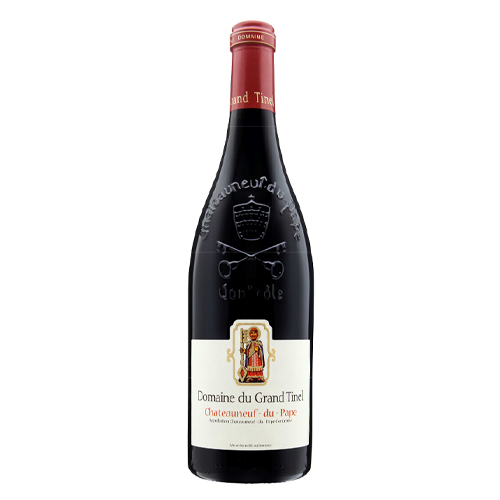 A classic Chateauneuf du Pape red from one of the oldest estate in the region.
$90.00 SGD $0.00 SGD
Share Tweet Pin it
LINE Whatsapp Tumblr

75 years old vines on sand, clay soil with rolled pebbles. Annual production is 60,000 bottles. Harvest is entirely manual, followed by systematic sorting in the vineyard and at the cellar. The different grape varieties are vinified separately and the harvest is de-stemmed and crushed in its entirety. Fermentation is done in thermo-regulated tanks with pumping over everyday for 4 to 5 weeks. Free-run juice and press wines are separated.

The Syrahs are aged for 12 to 18 months in large oak barrels to allow tannins to gain in roundness and sweetness. The most tannic Grenaches are aged 12 to 18 months in vats, demi-muids and barrels. The stainless steel vats preserve the fruity aromas and maintain finesse and elegance. The final blend is determined and done just before bottling.

The nose is spicy and peppery. There are notes of cassis, cherry, violet and lightly toasted bread. In the mouth, the tannins are silky, the wine is fruity and warm, with a good length. Drink now with grilled meat, lamb, couscous, or keep it for another 10 years.

The word "GRAND TINEL" in the 14th century, derives from the Latin "Tina“ which designates a barrel, but also a cellar; in Latin countries, this was the name given to the dining room.

The Domaine du Grand Tinel is the fruit of 2 families already known in the 16th century: Establet and Jeune.

In 1770, François Establet owned a vineyard in Chateauneuf Calcenier, called “the Popes”. In 1836, Alex Establet bought more vines in the Escalruins area. But it was his son, Georges Establet, who in 1846 acquired plots at La Gardiole which still represent the heart of the property today, with the Windmill.

In the 1960s, the union of the 2 properties was made by the marriage of Christiane Establet and Pierre Elie Jeune.

Today, their philosophy is perpetuated by Christophe Jeune and his two sisters Béatrice and Isabelle, with an extension of the buildings, offices, tasting room, bottling, storage of bottles and shipments in 2005.

The vineyard covers 74 hectares and is planted with vines of a ripe old age in different varieties, such as black Grenache (the true essence of Chateauneuf du Pape), Syrah, Cinsault, Mourvèdre, and Counoise for the red wines, and white Grenache, Clairette, and Bourboulenc for the white wines.