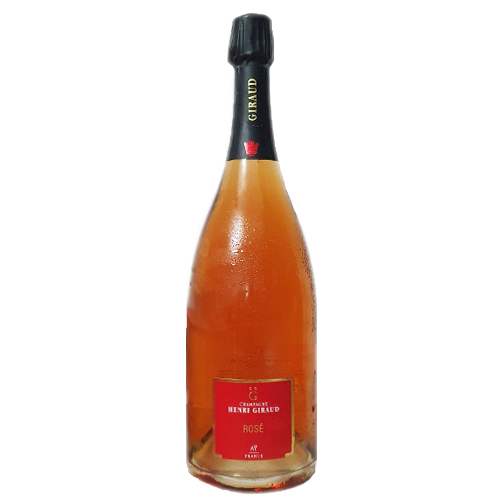 Blend of Pinot Noir and Chardonnay.

Henri Giraud's NV Brut Rosé fleshes out beautifully in the glass with layers of deeply expressive, generous fruit. This big, broad-shouldered Rose needs to be served with food (Lobster, Crab, Tuna, Salmon...). The rich, vinous style shoes impressive concentration and depth in its dark red fruit. This is an imposing Rose, but the balance is there.

The Giraud-Hemart family cultivates the vine on the terroir or the Ay Grand Cru since the 17th century. Starting from this heritage, here is a cuvee raised up like a great wine, aged on the whole lees, combining the purest tradition with the best of progress : this is the true nature of the wines of Champagne.