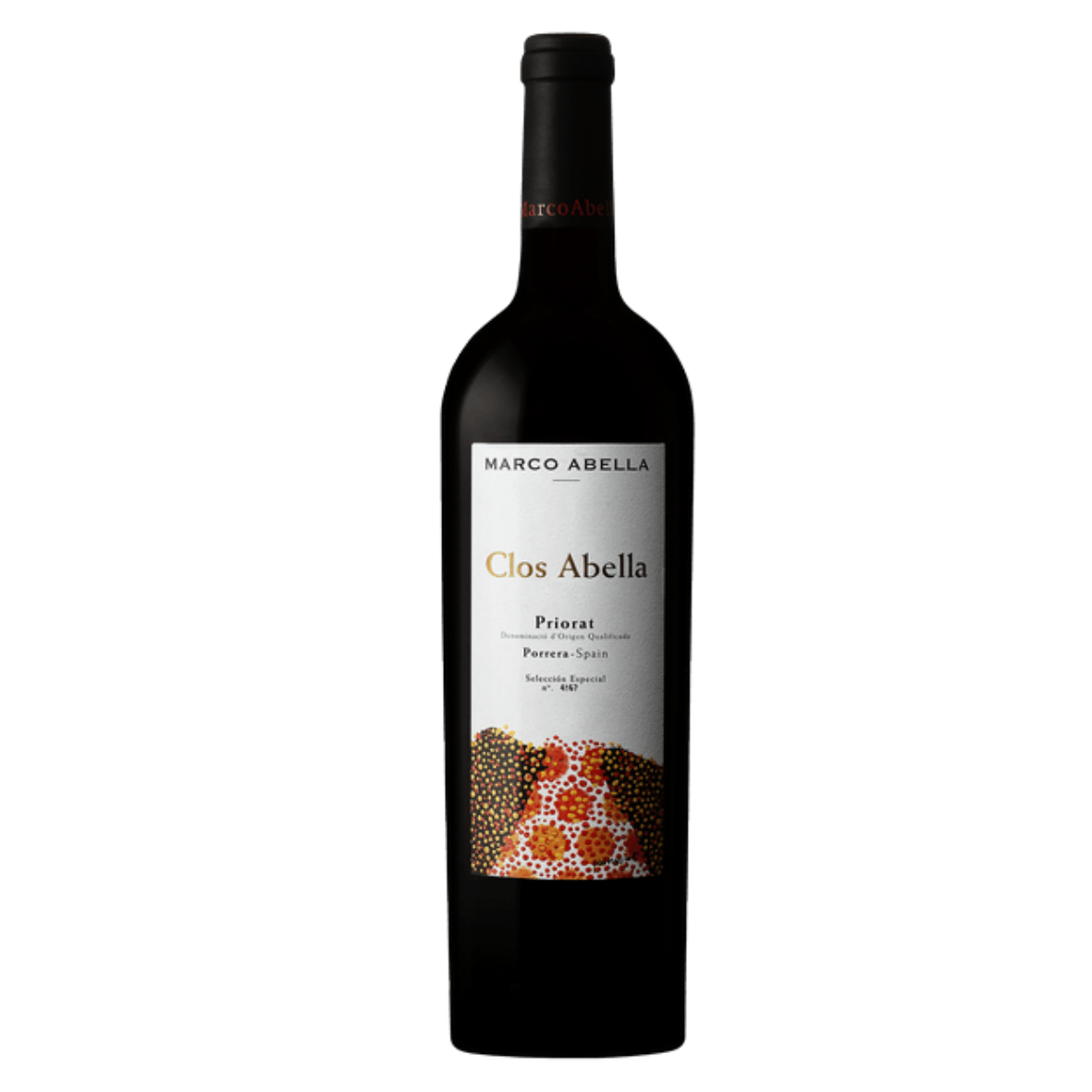 Aged 18 months in French Oak Barrels, 30% of them new, which obviously marked the wine with plenty of oak aromas and flavors and especially a texture from the tannins.

Perfect bouquet of red and dark fruits, fresh flowers, minerals, spices and licorice. Definitively riper, more concentrated and oakier, the Clos Abella is the top of the range. It's a powerful, well-oaked and modern version of Priorat. Only 7,500 bottles produced.

Marco family has been involved in the business of wine since at least the 15th century. The Marco family appears in the first census of Catalonia (Spain) residing in the village of Porrera (1497) and also in the modern census carried out by el Conde de Floridablanca in 1787.

In the late 19th century, the phylloxera destroyed practically all French and Spanish vineyards. Marco family decided to emigrate to Barcelona but they preserved their house and vineyards in Porrera.

A new phase culminates one century after, when David, and his wife Olivia decided to build a modern winery. They also replanted more than 30 hectares and recuperate 5 hectares of old vines (planted between 1910 and 1934) based in the 2 indigenous varietals – cariñena and garnacha (90%).

Vineyards are managed employing the last practices in organic and biodynamic farming.

The average elevation of the Porrera mountains is the higher of the DOQ Priorat. Marco Abella plots are situated in 6 different summits of 6 different mountains in Porrera. For this reason, the average elevation of Marco Abella vineyards is the highest of the whole Priorat region (between 500 and 700 metres above the sea level). They are also the closest vineyards to the sea.